Inviting people to join your circle

Asking people to join a circle of support is often the thing that people find the hardest.  What if they say no?  Here are some tips for asking in a way that is likely to get a yes and what to do if they say no.

As you get to know them share some of the vision for your family member’s life.  Talk about it in a positive way and avoid talking about the hard stuff because that’s not going to encourage people to want to get involved.

Then your first ask can be would you like to “come over for a cuppa.”  That’s a lot easier than asking them to join a circle of support.  At the cuppa you can give them the experience of being on a circle, without it actually being called a circle.   You can weave into the conversation a question about something you are working on to see if they might have some ideas or connections.  You could do these “cuppas” several times before it is officially called a circle of support.

Here is an example invitation to a cuppa that you might like to use for these people that you are getting to know.

You’ll make it easy for people to decide if they want to join the circle of support if you are clear about what their role will be and how much time they will need to commit to it.

Let them know that the purpose of the circle will be to act as a community of friendship and support around your family member.  It will be a means of solving problems and generating creative ideas. Many brains are better than one!

Also let them know that it will be lots of food and fun too.

Describe what kind of tasks they could do but also that you don’t expect anyone to nominate themselves to do any tasks that they don’t want to do, have the skills or time to do.

Explain that you don’t expect that this will be  a lifelong commitment either!  You can stay for a little or a long while because after all, life never stays the same.

Here’s another example invitation to join a circle of support.

If they say no it’s going to hurt a little or a lot depending on how you look at it.  They are most likely saying no because they don’t have the time.  They are unlikely to be saying no because they don’t want to help your family member.  They just don’t want to let you down and that is being respectful of you and your family member.  In my experience most people say yes, and you get over a no quickly and move on and you can still stay friends.  In the words of Brene Brown “….you learn to swim by swimming. You learn courage by couraging” so be brave and ask!

This project will help you to lower your anxiety over asking for help from family and friends, figure out who to ask, how to ask, what you are asking for, how to run your first and subsequent circle gatherings and how to maintain communication and momentum in between gatherings.

I’ll also help you to figure out how to involve your family member with a disability in gatherings and decision making even if they struggle with anxiety or communication. 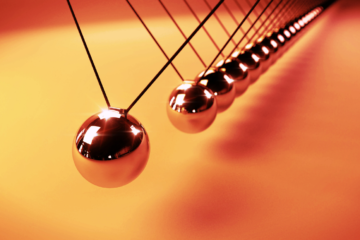 If the only interaction you have with circle members is at the meetings themselves, you run the risk of the circle members not forming strong relationships with each other or your family member and losing Read more… Who can I ask to join my circle?